Our client, Joan (not her real name), has a lot going on. She is a highly productive and capable woman. BUT she never FEELS like she’s accomplishing.

Part of Joan’s “problem” is her list. Her to-do list is an 8-page brain dump. Joan’s instinct to write everything down in a central place is a great start! Where her “list” could stand improvement is in its organization.

Joan, and anyone else whose list is beyond 5 items, could improve their success rate with these three approaches:

1. Separate projects from tasks.
Projects are made up of multiple steps — tasks are one and done.

As JULY ends and a new month begins, keep in mind Joan’s Unending Lists and don’t repeat her mistakes.

• Do a brain dump but don’t stop there.
• Break projects up into individual tasks.
• Organize items according to themes.

And finally…
• Allow yourself the choice to delete, delegate and defer!

Need help with your lists?
Schedule a call with Joy or Kelly to:
• reduce overwhelm
• get clear on your priorities
• plan more effectively
• feel successful
• and collaborate! 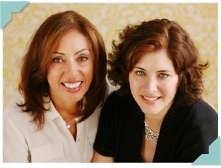 More About Joy and Kelly

Get our expert advice